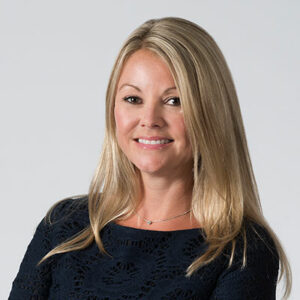 Loss of Chance? Sort of…

Is Loss of Chance alive in Maryland?

Until recently, if you had believed the doctrine of “loss of chance” to be a dead legal concept under Maryland law, we would have agreed with you. A recent opinion issued by the Court of Special Appeals, however, has injected uncertainty and opened the matter to question.

As a reminder, “loss of chance” — when available as a theory of recovery — allows a plaintiff to recover for a “diminished prospect for a better result,” even when that better result was unlikely to begin with.

In Willie James Barton, Jr., et al. v. Advanced Radiology, P.A., et al., No. 1336, September Term 2019, Opinion by Wells, J. (Nov. 23, 2020), the Court of Special Appeals considered a failure to diagnose breast cancer case, in which the trial court granted defendants’ motion for judgment notwithstanding the verdict. Specifically, the court was asked whether the defendant radiologist’s breach of the standard of care was a proximate cause of the patient’s death.

Here is the kicker: the evidence presented at trial was that the patient would have had an 80% chance of survival in the absence of negligence, and had a 66% chance of survival despite the negligence. Defendants argued that, because the patient’s likelihood of survival never dropped below 50%, plaintiffs could not meet their “more likely than not” proximate cause burden. The trial court agreed.

In its opinion, the Court of Special Appeals went to great lengths to reassure readers that “loss of chance” is not recognized in Maryland as a theory of tort recovery. It then went on to apply a very “loss of chance”-like analysis and concluded that whether plaintiffs met their burden of proof on proximate cause was a question for the jury. A jury could reasonably find, according to the court, that the patient would more likely than not have survived absent the radiologist’s negligence and that, because of his negligence, she died.

It appears the most important factor to the Court of Special Appeals’ analysis is that this was a survival case — the patient actually died. Defendants/appellees have sought certiorari in the Court of Appeals. How Maryland’s highest court addresses the issue remains to be seen.

We recommend following this case closely, as it could have implications in many malpractice cases (particularly delay in diagnosis and failure to diagnose cases).

As always, Waranch & Brown is available to assist you in determining how Barton may impact your liability in any case or claim. Please contact us.

Michele Blumenfeld is a trial attorney and partner at Waranch & Brown. Her practice concentrates in civil litigation with a focus on defending medical research institutions and healthcare providers against tort and medical malpractice claims. Her extensive litigation experience has brought her before the Circuit and District Courts of Maryland and Federal Court. Ms. Blumenfeld has also successfully briefed and argued cases before the Court of Appeals and Court of Special Appeals. From 2001 until 2013, Ms. Blumenfeld gained the unique perspective of a fact finder and arbiter as a Hearing Officer for the Baltimore City Civil Service Commission.
Share on facebook
Share on twitter
Share on linkedin
Share on email
PrevMake Plaintiffs Prove the Element of Causation in their Informed Consent Claims
Return of the Reptile: Jury Attitudes are Changing (and it isn’t pretty)Next

Join Us on LinkedIn